Maps of the American Revolution 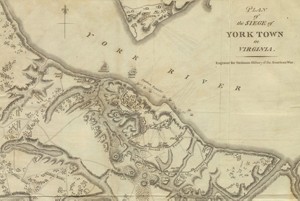 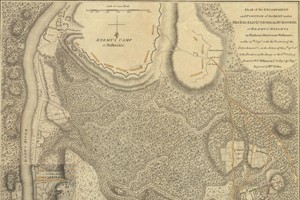 Plan of the Encampment and Position of the Army under His Excelly. Lt. General Burgoyne at Braemus Heights…, 1780. Scottish Rite Masonic Museum and Library, RARE G3803 .S3 S3 1780.

Maps of the American Revolution
On view now through February 9, 2019

Rich with information, historic maps can tell us a lot about the past.  Although maps convey facts, no map is neutral; each has its own purpose and bias. Mapmakers, like other authors, had a point of view that informed the choices they made about what to include, emphasize or leave off their portrayal of a location or event.  The maps displayed here were produced, primarily in London, from 1775 to 1794 and deal with military engagements that took place during the American Revolution.

Wars breed maps. During the American Revolution, the British government sought surveys and maps that would help them better understand the topography and resources in the American colonies and, with this information, hoped to win the conflict.  The government and military leaders on the ground relied on existing maps, soldier cartographers, surveyors and engineers to produce the maps they needed.  Some of these maps, originally sketches produced in pen and ink, were later engraved, published and sold to the general public. In offering these maps, publishers satisfied their customers’ interest in events that took place in the often unfamiliar landscapes where British soldiers and colonists vied for territory.  These maps, sometimes available just months after the events they depicted, helped English citizens follow important actions during the American Revolution.

When the war ended and combatants signed the treaties that reshaped contested areas, mapmakers continued their work.  They produced updated maps of areas where place names, and boundaries changed hands.  They also published maps that helped tell the history of the conflict.  These allowed interested readers and military professionals to look back and understand—or argue about—how events unfolded.  Many of the maps on view here were published for that purpose.  Today they help tell the story of the American Revolution.