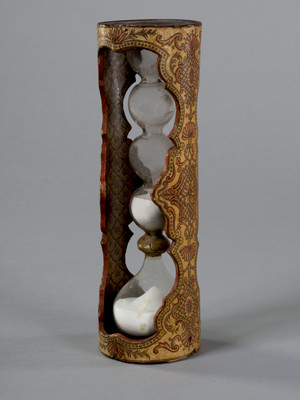 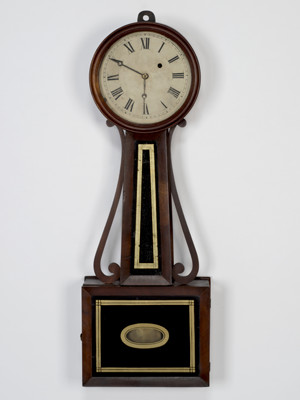 Keeping Time
On view through October 2016

“Keeping Time: Clockmakers and Collectors” features more than 50 clocks from the museum’s rich holdings—a part of the collection long popular with visitors. Each clock on view tells its own story about who used, made, sold or preserved it.

“The Dean of American Collectors”
Many of the clocks displayed in “Keeping Time” came to the Scottish Rite Masonic Museum & Library from the collection of Ruth and Willis Michael of York, Pennsylvania. Mr. Michael was a tool and die maker and entrepreneur who purchased his first clock in the late 1930s—a tall case clock crafted in the late 1700s by George Hoff of Lancaster, Pennsylvania. In Mr. Michael’s own words, that’s when he “got the bug.” His collection grew to include hundreds clocks, watches, automata and other clock related material.

Colleagues in the antique clock world described Michael as “the dean of American Collectors.” After Mr. Michael died in 1969, Mrs. Michael began making a series of gifts from her husband’s collection to the Museum.  She did so in honor of her husband’s lifelong involvement in Masonry. Mrs. Michaels’ gift of over 140 pieces from her husband’s collection forms the core of the Museum’s timepiece holdings.  “Keeping Time” showcases the range of his interest in clocks featuring items as different as a large organ clock made in Germany in the 1800s to a paper-covered hour glass made in Italy in the 1600s.